Manis crassicaudata is reportedly of variable abundance in Sri Lanka, but nowhere common. The species is rarely observed due to its secretive, solitary, and nocturnal habits. Pangolin flesh is considered a delicacy by local hunters and as a result of excessive hunting, it has been almost eliminated in areas where it strays into contact with people.

Very few studies have examined wild populations of Asiatic Pangolin species elsewhere and, there’s virtually no information available in literature on populations, behaviour and ecology of M. crassicaudata in Sri Lanka. This lack of reliable information has impaired the accurate assessment of their conservation needs. Considering their high vulnerability and deficiency of population data, some researchers suggests that pangolins should receive more conservation priority.

Yagirala Forest Reserve (Kalutara District) over the years has been a favorable habitat for M. crassicaudata with rather regular observations of direct and indirect evidences for the presence of this species. However, at present, the species has become very much rare most likely due to excessive hunting. A recent focal interview survey of local community and field observational records at Ygirala Conservation Education Center of the Department of Forestry and Environmental Science, University of Sri Jayewardenepura confirm this observation. Hence, the proposed research attempts to estimate the distribution and abundance of M. crassicaudata in a tropical lowland forest and the research will generate invaluable information on abundance, ecology and behaviour of M. crassicaudata, which are vital in conservation planning for this species.

he specific aims and objectives are as follows: 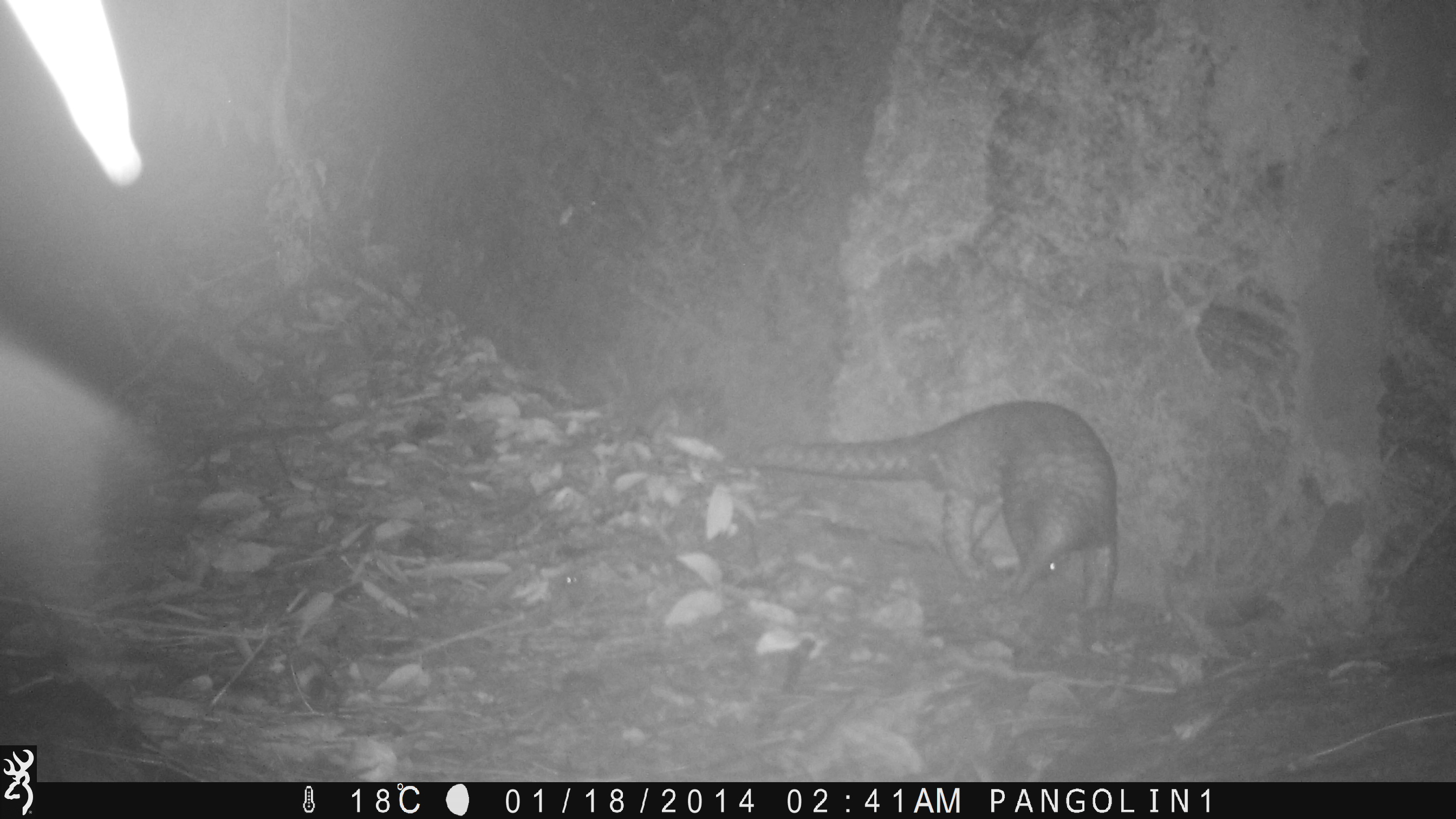 Camera trapping: Camera traps are effective for studying biodiversity, ecology, population estimations and behaviour, and generating activity and spatial distribution patterns of mammals. This method is particular efficient to detect elusive or rare species such as Pangolins. It collects data day and night in a more consistent way than any other traditional methods. The resulting photographs also provide undeniable records, allowing a rapid assessment of the conservation status of the species in question. This study will utilize automatic IR triggered cameras stationed in Yagirala FR, covering different habitat types. Different methods will be used to estimate the density for comparison purposes and to determine the best approach.

GPS/radio-tracking: The potential for radio-tracking wild-caught pangolins to monitor home-range size and habitat utilization has been demonstrated by previous works. We are using a combination of radio-telemetry and infrared-triggered camera traps to study the home range, activity cycle and den usage Pangolin.